So, as many of you know, I have a five year old son who is in Pre-K this year. So far, the school year has went pretty well without any major instances. However, yesterday I experienced something I really didn’t expect to experience until my son was older…if at all. 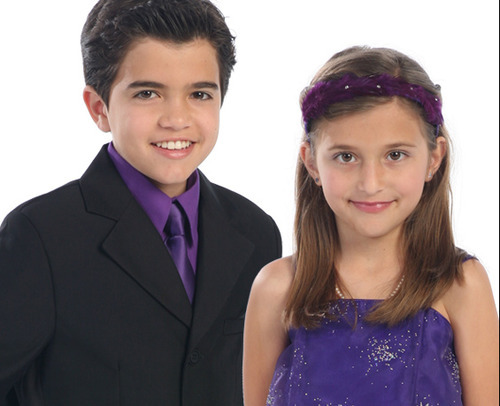 Before I get into what happened, I need to explain the teacher’s “disciplinary” tactics for the Pre-K students. Everything is made to be fun these days, so every child starts the day out with a sticker and if they are good all day long, then they don’t lose the sticker. However, if they are warned twice and bad behavior doesn’t stop, they lose their sticker and a note is sent home to the parents.

My husband and I are not the kind of parents who don’t discipline our children at home. If our son gets a note sent home from school, then he is in trouble at home too. Yesterday, the little guy got a note sent home because he was talking too much. (This is believable because my son is a chatterbox.) So, when he got home, after we talked to him, he was sent to his room without a snack and had to take a nap.

He had been down for a nap for about 30 minutes when my phone rang. When I answered it, a woman on the other end introduced herself and launched into a story about how her son is in my son’s class and “this is the second time this week he has gotten a note sent home because your son is influencing him to do bad things.” I have to tell you, it was all I could do not to laugh at her when she said this. However, she was upset so I refrained.

Basically, the deal was that her son apparently isn’t that outgoing and is quiet most of the time, but he received a note on Monday and Friday for talking at inappropriate times and the note stated that he is normally good, but has been around others who are influencing his behavior. By the end of the conversation, I had the woman calmed down. I explained to her that my son had only received a note yesterday for talking and that I understand her concern, but I don’t know how to fix the issue on her end. All I can do is talk to my son.

However, I did tell her that we had problems similar to this last year when our son first started school. We handled it by telling our son that we don’t care what the other kids are doing, if he knows something is wrong and he could get in trouble he needs to make sure not to join in in the bad behavior. That was my way of telling her, “I’m sorry, but your son is still responsible for his actions. My son isn’t making your son do anything.” However, I did tell her that I would be sure to talk to my son when he woke up about how his actions can affect his friends.

She was pleasant when we ended the conversation and thanked me for not getting defensive and reassured me that she wasn’t trying to point fingers, just that she was trying to get to the bottom of what was going on.

I guess, the point of this blog post is that I really never expected to receive a phone call from another upset parent in Pre-K blaming my son for her son’s behavior. I mean, good grief they’re five and still learning self-control. Anyways, I don’t think I’m the only parent out there who believes that every child is responsible for their actions, am I?

I guess I’m looking at this incident from a broad point of view, because I really feel that this is part of what is wrong with our kids today. Their parents are too eager to point the finger somewhere other than at their child when their child gets in trouble. It teaches children nothing about being responsible for their own actions, but instead teaches them how to blame others in order to get out of trouble. I guess that’s just the world we are living in today so I better get used to it. All I can do is raise my child in the manner I feel is best. I just didn’t expect these types of issues to arise so soon…