As many of you know, my son is 4 ½ years old. This is the latter stages of toddlerhood, but that doesn’t mean we still don’t deal with some of the bad attitudes and behaviors that toddlers exhibit. I’ll be honest, I’m a firstborn (if you haven’t read The Birth Order Book by Kevin Lehman, you need too) which means I’m very headstrong, legalistic and like to analyze everything. My son is also a firstborn, meaning he has many of the same traits I do. Needless to say, his attitude and behavior can easily wear me out as it’s like arguing with myself sometimes. 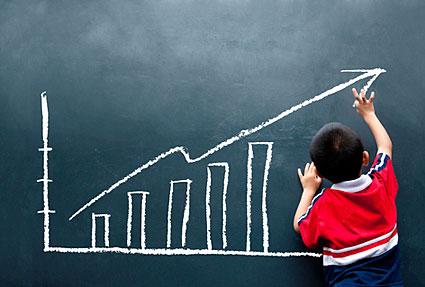 After doing some research online, I found a little information about attitude and behavior charts for kids and decided to try it out. Basically, all that this comprises of is drawing a chart with seven columns (one for each day of the week) and when I tell my son to do something and he does it with a good attitude or I tell him not to do something and he stops right when I tell him, he gets to put a smiley face (stamp) in the column for that day. Now, when he misbehaves or has a rotten attitude regarding something, he has to put a red X (stamp also) in the column.

At the end of each day, right before bed we count the number of smiley faces he has, write it down and then we add up the number of red X’s he has and write them. We subtract the number of X’s from the number of smiley faces and the total is how many “reward bucks” he earned for the day. I have a reward chart set up that has 10 different rewards listed on it – all worth different amounts of “reward bucks.” Some are simple and easy to reach…like snocones, candy and renting a movie. Others are more difficult and will require him to save his reward bucks…these are things like bowling, going to the movie and skate town (local roller skating rink).

We’ve only been doing this for a few days now and my husband and I have noticed a pretty big change in our son. Instead of telling him numerous times to do something, he usually does it right off the bat – and without grumbling about it too! The other thing we’ve noticed is that when he starts to get an attitude all we have to say is, “change your attitude,” and the problem stops.

My son is one who likes to “see” the progress he’s making, which is why the attitude and behavior chart has worked so well. He can literally see how good he’s been throughout the day by looking at the smiley faces on the chart. Plus, at the end of the day he gets to collect reward bucks if there are more smiley faces than X’s.

We have also started a small Chore Chart for our son too. Every day he’s responsible for doing certain things (brushing his teeth, making his bed, feeding the dog, picking up toys, etc.) and at the end of the week, we will pay him for the “work” he’s done. This has also helped eliminate many of the arguments we would have with him because now he knows he can earn his own money by doing the things on the list.

Additionally, it also helps at the store because we don’t have to go through the whole “can I have a toy, mom?” routine. He understands that by saving up his money, he can buy the toys he wants. So, whether it’s a couple of cool new shirts or the latest action figure that he wants, he is knows he’s got to save his money to buy them.

I know this isn’t the typical blog post you would expect from Kidsformal, but I know a lot of you have young children at home and are struggling to figure out how to get their attitudes and behaviors under control. The attitude and behavior chart seems to have transformed my child overnight, so I wanted to share the idea with you. Even the chore chart has made a big difference – and both charts teach something whether it’s simply math or money, which is always a bonus.